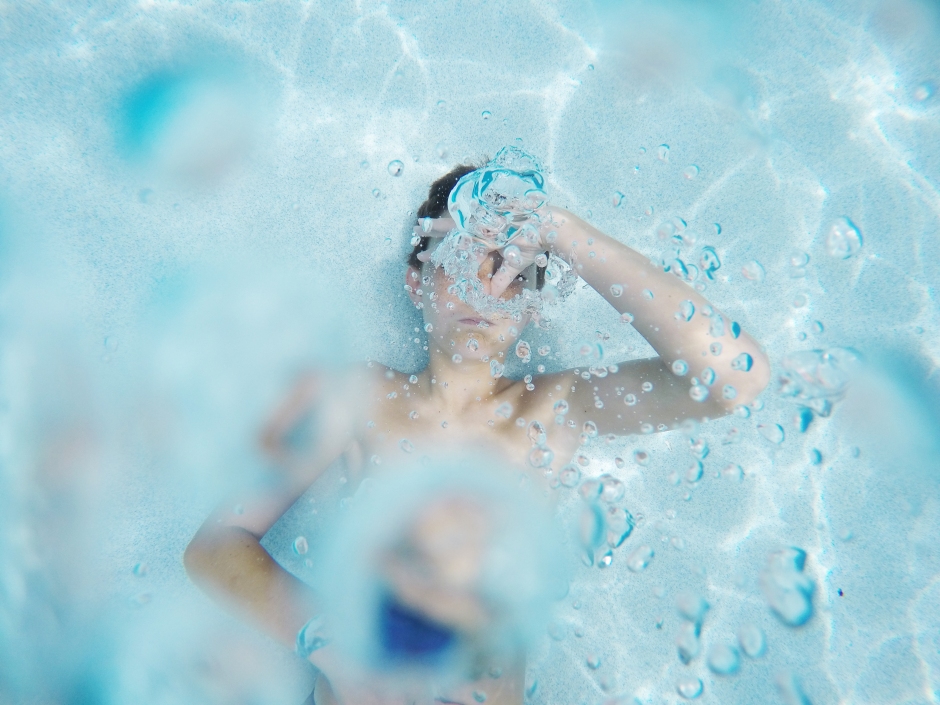 I think I’ve always known that I might not be entirely… normal in the gender department. Purely by fluke, I seem to have grown up hitting milestones in my personal life (in regards to gender diversity) which correlated to the milestones North American pop culture was hitting at the same time. As I explored what it meant to be a woman, and whatever else it was that I was feeling, I was also being shown that it was okay to not necessarily be “one or the other.”

Since I was raised on a steady diet of The Oprah Winfrey Show, I was often exposed to gender diverse people through Oprah’s interviews with them. Although these conversations were always novel, to me, they never felt wrong or impossible. Little ten-year-old me thought: Of course there are men with uteruses. Of course some women used to have penises. I wasn’t freaked out by any of it. Gratefully, neither were my parents, and I was able to have very open conversations about it all with my mom.

She had always done her best to help me feel safe to express myself in whatever way I needed to. Neither she nor my dad discouraged me from being friends with the boys, or wearing more masculine clothes. They weren’t bothered by me being the boy when I played make-believe with my sister and friends, and they didn’t mind that many of my friends and teachers gave me male nicknames over the years. Even when I started to write male characters almost exclusively, they didn’t get annoyed.

My mother, did, however, instill a very strong sense of girl power in me from an early age. I was overweight and taller than everyone else from day one, so my mom did her best to help me to feel confident in my own skin. She called me an “Amazon woman” for as long as I can remember, told me to use my feminine powers “for good and not evil,” and taught me about feminine divinity. She helped me to celebrate every stage of puberty; every way my body changed was another step toward Womanhood, and I was trained to be thrilled about it.

For most of my life, I think I was pretty comfortable with all of that. I still am, I suppose. I really enjoy traditionally feminine aesthetics, and many days I enjoy my feminine curves, and putting on makeup and jewelry. I still feel strongly connected to this image of the “Amazon woman” that my mom presented, and I’m still happy and confident with the way that I look… on the days that the gender dysphoria isn’t there.

Herein lies the problem: the gender dysphoria has been there. A lot more in the last year of my life than ever before, but I know it’s been there in the past, too. For most of my adolescence, I described myself as a gay man trapped in a woman’s body. And even when I stopped describing myself that way, I still didn’t feel wholly woman.

There are many reasons my questions about my gender identity have become more prevalent in the last year. Being in post-secondary, and majoring in the social sciences, means that I have taken a lot of intro courses which ask questions about the societal norms dictating gender. I’ve also become more actively involved in gender discussions online, meaning that I’m hearing a lot of different people’s stories. By chance, I have many friends who are coming out as gender diverse in some way or another. And I’ve also been in a relationship, with consistent intimacy, for the first time in a couple of years.

My relationship was what triggered my worst bout of gender dysphoria, something that has sort of remained as a constant, low hum ever since. My partner and I had been happily enjoying healthy, communicative intimacy; and then suddenly, I freaked out. I couldn’t even stand him touching my arm, because the softness of my skin under his fingertips made me feel nauseous. My curves, my jawline (or lack thereof), my fine, almost-invisible body hair; it was all too much. I struggled to even explain what was happening to my partner, because hearing my own high voice set my teeth on edge. We talked it through eventually, and I felt a lot better, but the challenges didn’t go away.

After that, my therapist suggested that I just learn to love who I am, and then worry about labels. And I do agree with her, but I think that the struggle right now is that I’m still unsure about who it is that I’m trying to love. The same kind of fear I used to have before claiming the pansexual label (just pick one or the other, stop being so vague, pick something that gives you security) comes up when I think about what variation of labels I want to use for my gender identity.

Right now, everything is part of this self-discovery. I ask myself why I’m choosing the clothes I wear in the morning, if I should refer to myself as a King or a Queen when I’m joking around, if I want to get into fights with people when they misgender my friends, and if I do what I’d tell them about why I care so much. It’s hard to find any time when I feel totally at peace with things.

About a month and a half ago, I shaved my head because of a bad haircut. However, I also did it because my hair was one thing, a small thing, that I felt that I had control over when it comes to how others perceive me.

When you look at me, I am very clearly a female. I have every physical and hormonal indicator which requires that classification, and I have never been gendered as anything other than that in public. I think that’s part of why I shaved my head. Because at the very least, when people see me with a buzz cut, they’ll assume that I’m – as one family member so [in]sensitively phrased it – an “angry lesbian.” And that, in our strange society, is somehow a step closer to masculinity.

So, buzz cut accomplished, I’ve been trying to figure out where I go next. Alok Vaid-Menon of Darkmatter posted a really meaningful phrase on Facebook, recently, which I felt applied to my situation. Alok wrote, “[I] am sorry for all of the people in the world who mistook your prodigy for parody: you who mastered the art of giving birth to yourself when no one else could.” These words really struck me. We are the only people who can give birth to ourselves, in the end. Not the selves that our parents told us we were from even before we were born (gender announcements, anyone?), but the selves that we actually wake up with every single morning.

I’ve got a really great support system to help in that “birthing” process, too. A couple of nights ago, a gender non-conforming friend whom I deeply admire told me that I should consider conquering what I had referred to as “the gender shit” one step at a time. They suggested individual consideration of problems, such as: “It’s uncomfortable when people call me girl/woman, but referring to me as ‘she’ isn’t uncomfortable.” And they’re right. That somehow makes it feel less overwhelming and terrifying. Instead, it feels a bit exciting.

Another night, I was making fun of myself to a friend by saying “I am Tumblr.” Being a pansexual, gender non-conforming feminist with mental health issues is a very “Tumblr” thing to be, and I’m well aware of it. This very wonderful friend said, “You’re not Tumblr, you’re Jay. And whoever Jay is is Jay’s to decide.” So, that’s what I’d like to start doing.

2 thoughts on “Prodigy or Parody?”