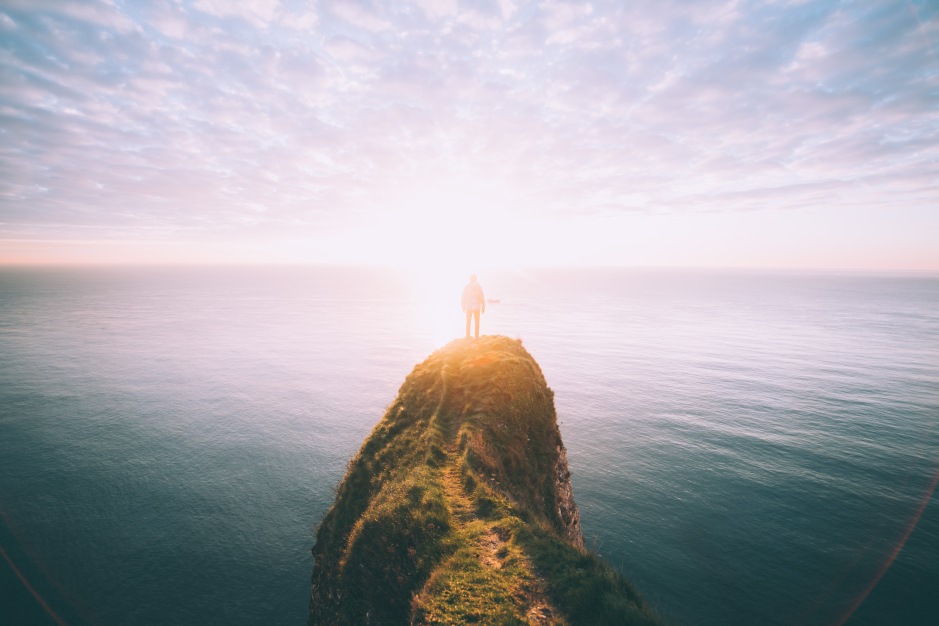 I have been struggling most of my life trying to reconcile my faith and my sexuality.  Most recently, it’s been Hell on Earth.  When I came out about a year ago, I felt closer to God.  I accepted who He created me to be. Then the humans interceded.

My Christian friends and family have been wonderful, not even batting an eye when I told them.  But as time went by, there were little comments here and there that chipped away at my soul and at my mental well-being.  I was diagnosed with clinical depression at the ripe age of 20, but I know that I’ve been depressed since I was taught what was right and wrong according to God.

The past couple weeks have been the worst for my mental well-being.  My sister and a couple of friends are starting a Bible study in September. My sister warned me that they were going to talk about homosexuality as a sin. At the time, I was ok.  It is what it is. We’d be studying the Bible, and there is no question that there are scriptures about it (even if they aren’t translated correctly). But as time went on, I started my plummet into guilt and shame.

The weekend that followed the discussion of the Bible study, I had it out with God.  I was so angry.  I felt confined to my “sin” and I came unhinged.  Anyone who knows anything about Christianity knows that Christ died for our sins past, present, and future.  When you ask Jesus into your heart, you are no longer bound to your sins and you are free.  I was not feeling free in Christ.

I screamed and cried up into the sky.  I asked Him: why did He make it so easy for me to meet EJ? If this is a sin, why didn’t He make it difficult for me to travel to the other side of the globe and have a strong soul connection with this beautiful and sweet woman?  Why didn’t He show me that being with a woman was unnatural?

Then a thought came into my head.  What if He was testing me to choose between Him and EJ?  Heaven or Hell?  That’s when I lost it! So many tears. Sobs that sounded like I was dry heaving. Then I was reminded of this scripture:

“And remember, when you are being tempted, do not say, “God is tempting me.” God is never tempted to do wrong, and he never tempts anyone else.” -James 1:13 NLT

After I cried and prayed, I felt better.  I went on some errands, and a song that had played at one of the happiest times I had with EJ played twice.  When I got home, my oldest daughter burst out in a song she learned at church camp:

In my experience, Christians are BIG on signs from God.  And there were all sorts of signs that were pointing to EJ.

Whenever I try to “conform” to the Pentecostal codes of conduct, every molecule of my soul rejects it. I become exhausted from arguing in my head. I become absolutely nuts.  So after these signs I received in real life, I went to the internet.

I remembered that, when my sister’s best friend’s daughter came out, she posted something on Facebook about a preacher coming out as a Lesbian.  I couldn’t remember her name, but I remembered she was blonde and there were books that she listed about affirming gays in Christianity. I tried to find her again by typing ‘Lesbian Pastor’ into Google. Instead, I got a link to a sermon of a pastor coming out to her congregation.

Then I clicked on a link for Reconciling Ministries Network and there were a few blogs I read of gay men and their decisions to stay or leave the United Methodist Church.  One stood out to me.  Nathan Brasfield at the time decided to stay with UMC. His post was fascinating to me so I clicked on his blog to read more. He talked about being seen. That’s what I want!  I want to be seen.  I don’t want to hide in the dark.

Another blog post I read was on a Christian blog that I follow. It had nothing to do with the LGBT community, but there were links below on some of his posts about being Christian and gay.  I loved this post called “Is There Such a Thing As a Gay Christian?” J.S. Park is a pastor with an unconventional history. He was a porn-addicted atheist. I find it fascinating when God calls people that most would deem “too wicked” and turns their lives around. This is one of the main reasons why I followed his blog.

J.S. is a very lovely person who shows grace and intelligence within his posts. I particularly love this passage:

“I also want to question this term “gay Christian.” I don’t understand it. I don’t get how we can identify a Christian with an adjective in front of them. I don’t think Billy is a “super Christian” or Susie is a “sleepy Christian” or Hank is a “bad Christian.”

You’re either adopted into the family of Jesus, or you’re not. Saying “gay Christian” sounds like someone is more disadvantaged than others or as if that’s their sole description as a human being. It does not meet as equals. It calls too much attention to sexuality, when no one is solely their sexual identity. Christianity transcends these kinds of labels and pigeonholes. You’re more than the sum of your attractions and professions and accomplishments.

I think an over-importance on any single part of our identity will wrongly exclude “the other” and continue to demonize rather than harmonize. This is true for all sides. Both the prime-time talk show host and the red-faced angry preacher are sensationalizing sexuality as a slave to their own tiny platforms. They don’t care about the issue, much less the people. They’re simply trumping their ideologies with pop-culture tactics to reinforce their own flocks. Polarization always leads to dehumanization, until you don’t even know what you’re fighting for. Once you see this, you can’t un-see it.”

You all should definitely read the whole post! It’s just really awesome.

But that is where I’m at.  I’m no longer a gay Christian.  I am a Christian and a human that has many different facets.  I am a mom, a daughter, a sister, a girlfriend who is extremely loved by my woman, an animal lover, a music lover, a writer… and I could just go on.  But why do I need to?  I am Human.

I may not be straight. But God and I are.

3 thoughts on “I Am No Longer A Gay Christian”