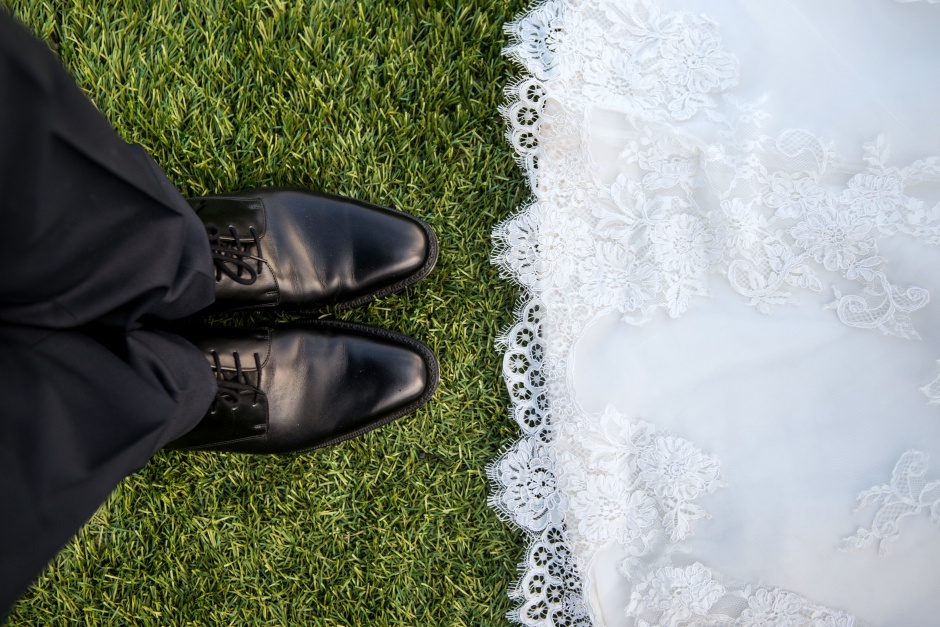 Recently I started working as a photographer’s assistant to learn how to do wedding photography. It was late in summer when I started, so the wedding season was almost finished. Nonetheless, I went to and photographed five weddings in the span of about two months. For someone who hasn’t been to a lot of weddings, it was a bit overwhelming.

I thought it would be weird to go to strangers’ weddings. And it was, a bit. But it was also lovely. A wedding is still a beautiful event meant to celebrate a couple’s love, whether the bride is your best friend or someone you met for the first time as they hustled into their wedding dress.

A lot of care, and planning, and love went into the weddings I attended. Two of them were Disney themed. One had a general geek theme. All were painstakingly decorated with handmade decorations and beautiful flowers.

I love weddings. They are fun for me, as a guest and also as a photographer. So going to five weddings after my own just over a year ago brought back some wonderful memories, but also stirred up some regrets.

But I don’t regret eloping.

We had a tiny ceremony, each with a maid of honour. Mo had her sister, and I had my best friend. We had the minister from my church marry us in the Mackenzie Ravine, in the Edmonton river valley. It was a place that held a lot of meaning for us, and created a beautiful autumn back drop for a September wedding. We hired a photographer for a few hours to take some photos, and then when it was all done, we drove off alone. We swung by our favourite burger joint to pick up dinner, and then headed to a hotel. We only took a single day off work.

We had not planned to get married – originally – until October 8, 2016. We wouldn’t even be married a month yet if we had stuck to our plan. I have family in Edmonton, as well as in northwestern Ontario. Mo has family in Edmonton, as well as in Nova Scotia. We had decided on Nova Scotia as the place to get married, but we had a difficult time trying to find a location to fit our guest list. Eventually it turned into never-ending attempts at tweaking details to make everything fit. We tried adjusting the guest list. We tried changing the location. We thought about having the ceremony in one place, and the reception in another. We tried changing the date.

There was always something that didn’t work, and by last summer, we were stress-crying at least once a week over something wedding-related.

The photographer I worked with on those five weddings pointed out a lot of things. A miserable bridesmaid. A stressed out mother-of-the-groom. A bride who couldn’t seem to smile. She said so many couples would ask her what to do. What sort of photographs should they get?

“What kind do you want?” she would ask.

“What kind do people usually get?”

It all comes down to people doing what they think they should do, instead of just what they wanted to do.

I know it was our biggest obstacle. Mo and I are yes women. We are people pleasers. If we host a party, I am constantly on the move to replenish snacks and drinks and make sure everyone is comfortable. It’s no surprise that planning our wedding was such a disaster. But that photographer was right. At these weddings, there was always someone unhappy. There was always something that went wrong, or something that was missed that somebody couldn’t help obsessing over.

Many people told us to do what we wanted and let the rest hang. We tried, but we were unable to shake the need to make sure everyone felt happy, and included, and was able to attend. Even now, having seen five more examples and had the commentary of someone who has been to hundreds of weddings, I doubt we’d be able to do anything differently. We haven’t grown enough.

Instead, we took our wedding fund and bought a house. We are starting our married life owning a house, which is a big deal to both of us. There are things I regret that we missed by not having a wedding. But I can’t regret how things turned out. I am married, we got a bunch of beautiful photos from our day, and now we own a house.

Perhaps in five or ten years, we will renew our vows and throw a party. That can be our “wedding”. Maybe people won’t see it as important as a real wedding, but maybe by then, we won’t really care if only half our guest list shows up. Maybe by then, it will just be fun.