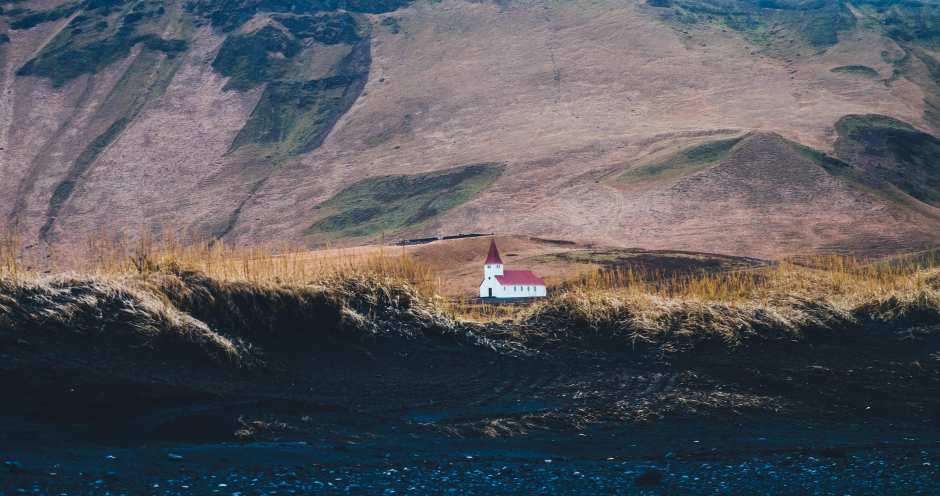 I’ve been a member of my church for about five years. I started going shortly after I first moved into the neighborhood. I’ve wanted a church to call home for a very long time, but as a youth did not want one that prescribed a belief system I could not get behind. Mostly, I’m talking about Christianity.

When I was in high school, those were still the days before the cross-Canada legalization of same-sex marriage. I was starting to explore organized religion after my studies in individual spiritual systems left me feeling unfulfilled, and an unidentified nagging pushed me onward. I decided to attend a local United Church and loved it. The friendliness, the singing, the shaking hands. It wasn’t overly preachy. I couldn’t wait to dive all the way in.

I had many chats with the church’s youth pastor and eventually the subject of confirmation classes came up. I only had to clear up one thing.

“How important is the belief in the divinity of Jesus?” I asked.

“It’s the core of our belief system,” he told me, slightly bewildered.

I thanked him for his time and never went back. I would find Church elsewhere. END_OF_DOCUMENT_TOKEN_TO_BE_REPLACED 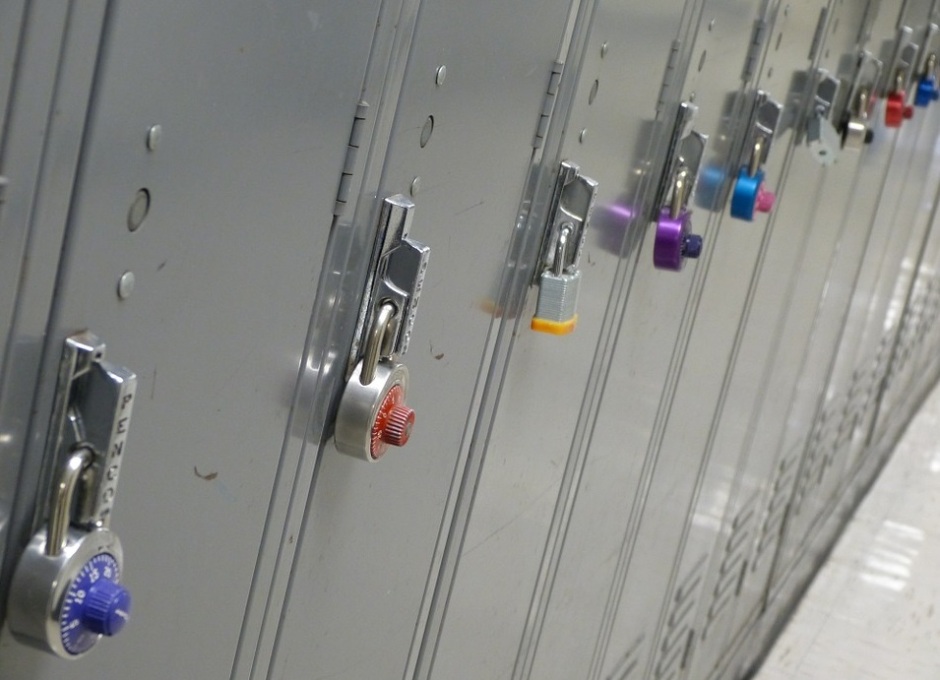 Every teen drama in recent memory that’s taken a crack at a gay storyline has included one virtually identical scene. The gay (or presumed gay) character – usually tertiary but occasionally a main player – is walking nonchalantly down the school corridor. Suddenly, he or she stops dead. The camera then zips helpfully around to show us what all the fuss is about.

A locker has been tagged, in spray paint, with the word “FAG.”

This exact scene has happened on Dawson’s Creek, Popular, and Glee, among other teen shows. It usually happens midway through Season Two. (For variety, One Tree Hill had a “DYKE” locker instead, which I suppose is refreshing?)

The scene always unfolds the same way: one word, one locker, and one victim forcibly made conspicuous in a crowd of his or her peers. The perpetrator is absent or invisible; a faceless coward, hiding behind a very small but powerful word.

Hate can be so paint-by-numbers.

Just yesterday, a friend of mine showed me some disturbing images from right here in Edmonton. They were photos of a home here in the city; a home spray-painted with racial slurs. I blinked at these photos in disbelief. Is this sort of thing seriously still happening, right under our noses? In a city, and indeed a country, celebrated for its diversity? In 2013?

END_OF_DOCUMENT_TOKEN_TO_BE_REPLACED 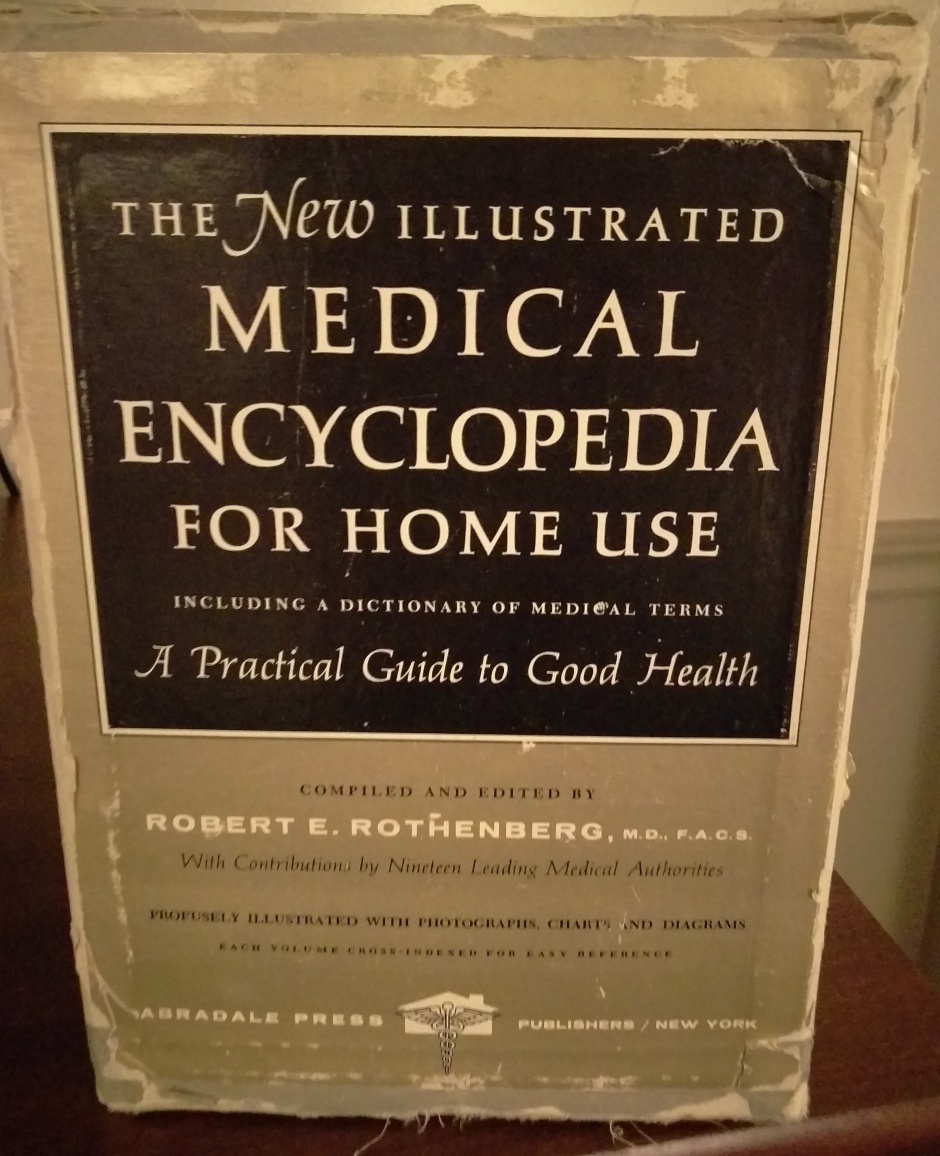 I recently got back from vacationing with my wife. Among our many adventures in Nova Scotia, we stayed at the inn where she proposed to me, as is usual with our trips out east. The little inn shall remain unnamed, but they offer a small glass-door cupboard of books for guests to borrow, with a request to return for others to enjoy.

There were three or four shelves in a cupboard about two feet wide, so there weren’t a whole lot of books. It’s quite an eclectic mix, I must say. There were a few titles by L. Ron Hubbard, and several books in other languages. There was a 2006 – 2007 copy of Sunday Missal: Living with Christ and a small Lizzie McGuire chapter book.

But this immediately caught my eye: The New Illustrated Medical Encyclopedia For Home Use.

This beauty had four volumes, and looked old. I thought for sure it would be an entertaining read.

I brought it back to our room and delved in. It was published in 1959, back when having a medical encyclopedia for home use was a good idea and wouldn’t lead to chronic hypochondria.

The index was quite entertaining by itself.

Some of the information I encountered was progressive, and some of it was dated in that it was sexist, offensive, or incorrect. Or all of the above. END_OF_DOCUMENT_TOKEN_TO_BE_REPLACED

All right, friends. Today, we spin our queering wheel and turn our vehicle toward that most frustrating of topics: the homophobic relative.

We’ve all got one. Sometimes several. They rear their ugly heads at Thanksgiving and Easter alike, extracting cringes from all assembled with such oft-heard phrases as: “Well, I don’t hate them, I just disagree with them,” “Are you sure you’re gay?”, “You can’t like men AND women, that doesn’t make sense,” and my favourite: “Well, your lifestyle is your choice, I suppose.”

These phrases are usually (though not always) preceded or followed by casual racism, or sexist jokes, or both. My least favourite uncle is a walking stereotype of the bigoted redneck, and I am very grateful I only have to see him once or twice a year.

However, today we are discussing a different type of person, and often a much more difficult one to deal with. I like to call this person the Backhanded Bigot. This is someone who is not obviously homophobic or transphobic, who doesn’t say anything actively hateful, but can be dismissive, insensitive, and otherwise harmful, often without even realizing it. END_OF_DOCUMENT_TOKEN_TO_BE_REPLACED

I come from the land of Duck Dynasty.

Not the same city, exactly, but the same idea – the same roots. I grew up in South Louisiana, but my mother’s roots were planted in the same ground as Miss Kay Robertson, the matriarch of the bearded boys who rake in dollars for A&E. Miss Kay’s family ran a store in the tiny town where my grandparents’ parents ran farms and (*sigh*) plantations. My mother went to college in Monroe, LA and my grandparents taught in the North Louisiana school system their entire lives.

I have the stamp of the Deep White Shameful South all over me, is what I’m saying. And while I have never shaken the hand of a Robertson, I might as well be a family member. My mom’s cousins (whom I call my aunts, because it’s the South and everyone’s your aunt) are all big breasted laughing crying praying women who love their children and rule their kitchens. My cousins fish the lakes, grow out their scraggly beards, and run just short of trouble most of the time. They hunt with Robertson duck calls. They have babies and take those babies to church. They tease me for being the egghead with the academic father who moved us to the city and forgot how to fish. They pray faithfully to the pastel Jesus in the paintings, the one from Sunday school, the one who expects you to show up to service two days a week with your shoes shined and the dirt washed off your mouth.

The one who would turn me out of his heart and his house for being gay. That pastel Jesus. END_OF_DOCUMENT_TOKEN_TO_BE_REPLACED