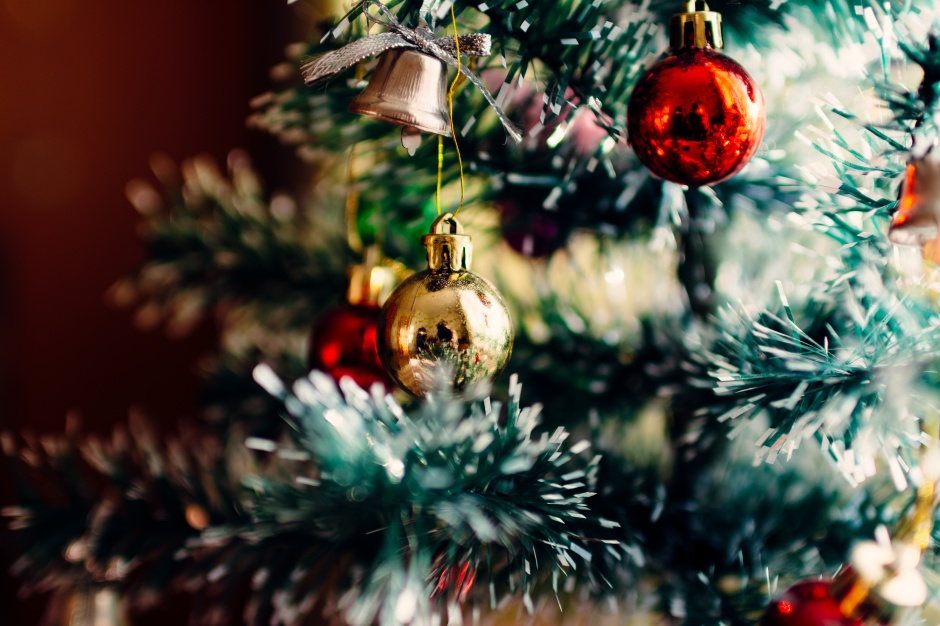 Christmas is, for me, like how my mother described labour to me all those years ago when I foolishly asked. It hurts like hell, is stressful as all get-out, and in the middle of it you swear you’ll never do it again. But then you see the sparkling tree – er, baby – and all the shitty stuff fades into the background noise.

This is how Christmas is for me, and has been for many years. And I imagine for you or at least someone you know, too. Every year, colourful and warm memories float in my brain of Christmas: bright lights, a beautiful tree, days off from work, tasty meals, delicious baking, the joy of giving and receiving. Even as late as November, I make ambitious lists of gifts to buy or make, holiday cards to send out, the various recipes of baking I want to do, and the packages to assemble to mail out to far-away family.

And every year, by the end of November, it all comes crashing down and my pre-holiday case of stress winds me up. I have this problem where I seem to think I am more efficient and focused than I actually am. I’m not sure where I got this idea from; I have never been strong with time-management or motivating myself. So why I continually, every year, create to-do lists of zillions of things to do, get, make, package, and ship in time for Christmas is beyond me. There is always an inevitable melt-down when I realize one (or several) of my Christmas plans or goals is unrealistic, and yet when it is all said and done, whatever did not get accomplished was never really missed. I always vow never to over-plan again.

Last year, I had my first Christmas with fiancée Mo (who was just my girlfriend at the time), and I was set to impress. I promised all sorts of things I couldn’t realistically deliver, like relaxing time – and also a big Christmas feast. I raged out a lot over my ineptitude at not being able to smoothly produce a seven-piece Christmas dinner (plus the roast chicken), even though I have relatively no skill set in the kitchen that would deem me qualified to even make the attempt. Christmas dinner was ruined, both the meal and the atmosphere, and it left us with a less than optimal memory about Christmas.

This year, my girlfriend is now my fiancée, and we live together. The planning started early as usual, and it started with my company’s Christmas party at the end of November. We had planned our own Christmas party for December 20, I had a huge stack of Christmas cards labelled for folks all over Canada, and we each made a list of several baked goods we wanted to create and have around for Christmas festivities, especially the party.

It got off to a good start, in that we created a semi-realistic schedule. I looked up when Christmas packages and cards would have to be mailed by to make it to their destinations. (In my silliness, I decided cards should go out at the last possible moment.) We made grocery lists for all our baking, and wrote on the calendar when certain things had to be bought so we would have the time to do the baking. It came down to a fairly precise schedule, without a lot of wiggle room. Plus, we had a party to plan.

We had a party together last year, too, and it was fun. Only about six people showed up, though. A bunch of other people cancelled last minute, and we had made enough food for a little bit of leftovers had everyone showed up. Instead, we had a lot of leftovers. It was a good time, but for all the stress and expense of having a “party”, we could’ve put in much less work and just had a few friends over for hot chocolate and board games.

As we approached my company’s Christmas party, about a foot and a half of snow dumped on us in one night, and the temperature plunged to way-too-cold-to-go-out. It took us almost an hour that night to get home from work (a whole 5 km), leaving us very little time to get ready, and when considering my wardrobe, I realized I had nothing nice to wear that also wouldn’t have me frozen solid by the time we got to the restaurant. Time to invest in a decent pantsuit, I guess! I stressed and stressed and finally Mo suggested to just cancel. It was not worth the stress of being rushed and plowing our tiny car through mountains of snow just to make small talk at my company’s Christmas party. So we didn’t go.

Since I had always gone to the Christmas party, I feared some sort of terribly awkward repercussions for our decision to opt out of the party at the last minute. But aside from a bit of good-natured ribbing, I didn’t get any flack for not showing up, and we enjoyed a quiet night in to watch our tiny car get buried in snow.

We ended up cancelling our Christmas party, too. We had a lot of “maybe” responses to our RSVP, which is never a good sign. The stress of having to get the house cleaned up and organized, and having to prepare a bunch of baking, and make a bunch of food, followed by hosting a bunch of people in my home, was too much, especially with the high likelihood of cancelling guests. We didn’t get any flack there, either, except for the few disappointed friends who we’ll be seeing over the holidays, regardless of parties.

And suddenly, everything we thought we had to do – either because of tradition, or our planning, or both – it all became expendable. We made sure to get our Christmas parcels out on time, but the cards will be popped in the mail box this weekend. We planned and executed a delicious Christmas brunch for Christmas Day, but there have been no Christmas dinners cooked, or attended. We didn’t do any of our Christmas baking; my mother sent us a parcel full of baking, and there were more than enough chocolate goodies in our stockings to keep me in high blood sugars for days.

We still put up the tree, and decorated it. We still wrapped presents and did stockings. I got tickets to the Telus World of Science and we saw a Christmas movie together a couple weeks ago in IMAX. We did church on Christmas Eve. But more than anything, we’ve mostly just done our best to relax and enjoy the company of each other and our family and friends, which is always the best part of Christmas anyway.

Slowly, we have decided what is important to us in the month of December, when life – especially family life – can spiral out of control, stress-wise. Next year, I see us making another schedule, but with far more wiggle room. I see us doing cards again, and getting them done to go out in the mail earlier. I see us doing a batch of one or two kinds of cookies in November and freezing them to bring out around Christmas. I see us putting the tree up again in stages; bringing it up from the basement on one day, putting it up on another day, and getting around to decorating it on yet another. I see us going to a Christmas movie again – probably the same one (Love Actually, it’s Mo’s favourite). I see no parties, no big meals, no commitments, and better yet, no stress. Sounds like a perfect Christmas to me.