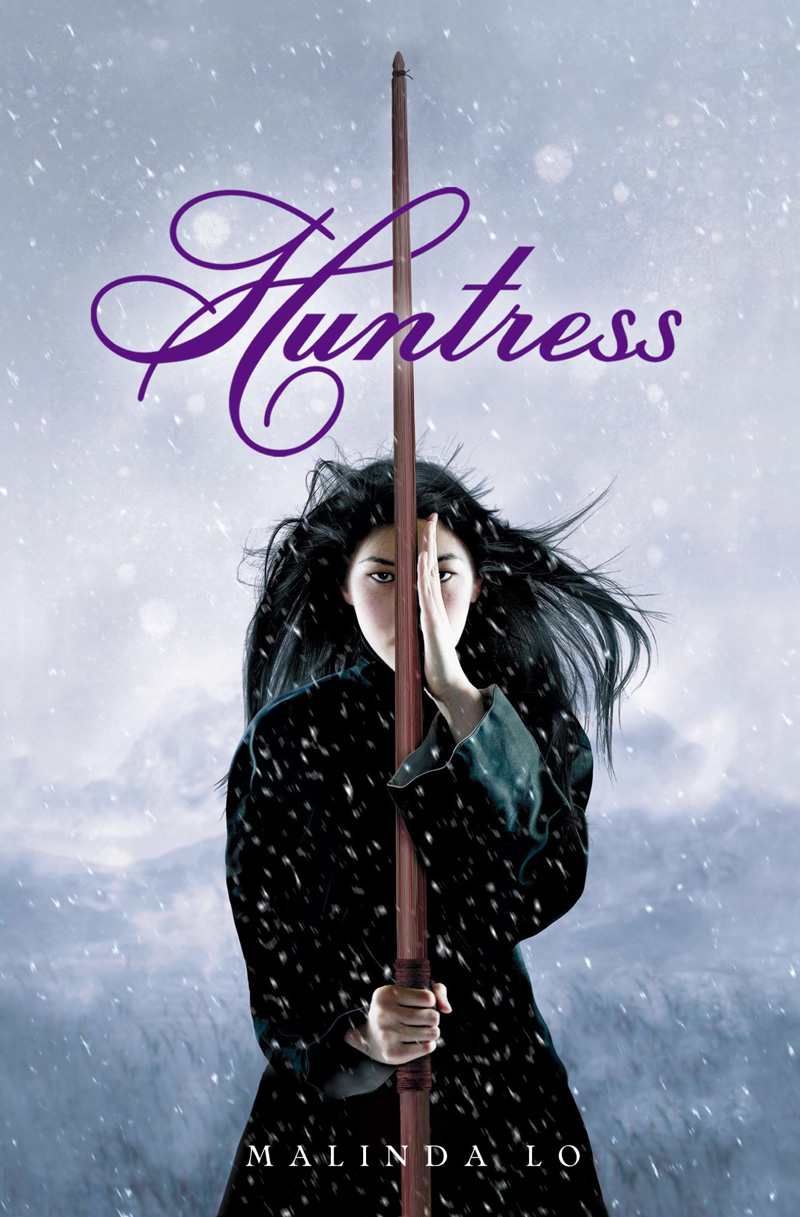 I have to admit, I’ve never read queer fantasy before. I wasn’t really sure what to expect, but Malinda Lo’s Huntress sure didn’t disappoint!

The basic story is this: The Kingdom is in trouble. Weather patterns have changed, and crops are failing. Food is scarce, people are starving, and things aren’t looking good. Our hero, Kaede, is fruitlessly studying at a magical school, realizing she has little skill. (Think of a Squib trying to study at Hogwarts.) Our other hero, Taisin, is super magical. They go on a quest together to save The Kingdom.

The story is told in third person, but takes on varying perspectives, sometimes changing very quickly. There were a couple spots where that got a little confusing, but otherwise, I prefer third person narratives, so I enjoyed the narration. (Some people on Goodreads were really not okay with it.)

The main problem I had was that right out of the gate, we get a spoiler. The first chapter consists of Taisin having a vision about the quest before it even begins. Hence why she is chosen to go on it. But this lessens a lot of the romantic tension that potentially could have been built, and also partly spoils the climax of the story. Why!? It would have been so much more enjoyable without this part!

Lo created a beautiful and rich fantasy world for her characters (and included a handy pronunciation guide for names), and I found myself quickly immersed in it. In this universe, being queer does not seem to be an issue; merely a hiccup if you need to arrange a political, child-producing marriage – which can be remedied with lovers on the side.

It took me a while to warm up to the protagonists, and at the end, I still didn’t have a firm grasp of their personalities. But they were still whole people, shaped by their upbringings, and their interests and abilities. That they were attracted at least to each other (if not to girls in general) isn’t a thing. So much of the queer media I have consumed at this point has been so centered around characters’ queerness, it was both refreshing and startling for the romantic subplot to be just that – a subplot. It was also interesting to read a fantasy book featuring people of colour; I haven’t read a lot of fantasy, but I feel like this is not a common occurrence.

One of the secondary male characters, Con, I loved. I really liked the character and his relationship to Kaede, but I also like that he maintained his importance in the plot, despite not being a protagonist, nor a romantic interest.

The quest was engaging, and the story was drawn out with skill. The climax was disappointing – so little bang for my buck, considering the engaging lead up – and the denouement felt interrupted by a second, hurried plot. I found the tone became oddly more formal at that point, too. I loved the very ending, though, as it wrapped up in a realistic way for two teenaged girls as they move into adulthood.

Overall, I really enjoyed it. It makes a very good first book if you are foraying into the land of queer fantasy. You can read the first few chapters on Malinda Lo’s website, if you’re not sure if you want to take the plunge on this one, but I definitely recommend it.

One thought on “Book Review: Huntress”