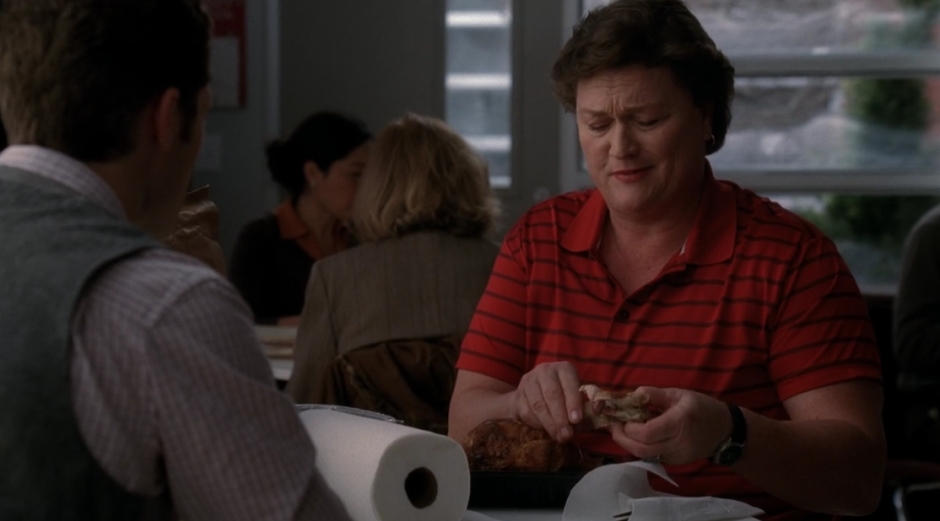 Football coach Shannon Beiste was first introduced to Glee fans at the beginning of the second season. She was a force to be reckoned with; an intimidating presence with a hefty build and a loud, booming voice. She came with a bit of a chip on her shoulder, having been bullied throughout most of her life for her perceived lack of femininity.

In general, Coach Beiste was not considered sexually attractive. In one unfortunate storyline, several of the glee club boys (and one girl) chose to visualize her in overtly sexual outfits as a way to avoid “overheating” during make out sessions. Clothing choices included lingerie, a cheer uniform, and a ballet leotard. The juxtaposition created by this “mannish” woman attempting to be feminine and sexy was, apparently, a pretty effective boner killer.

When word of this unkind strategy made its way to Beiste, she was visibly hurt. She insisted that she wasn’t gay (a fact that she would repeat more than once as the series went on) and expressed her exasperation with situations like these:

“I know I can be a little intimidating sometimes, but deep down inside, where no one can see, I’m just a girl. Am I nuts that I just wanna be reminded of that sometimes?”
END_OF_DOCUMENT_TOKEN_TO_BE_REPLACED