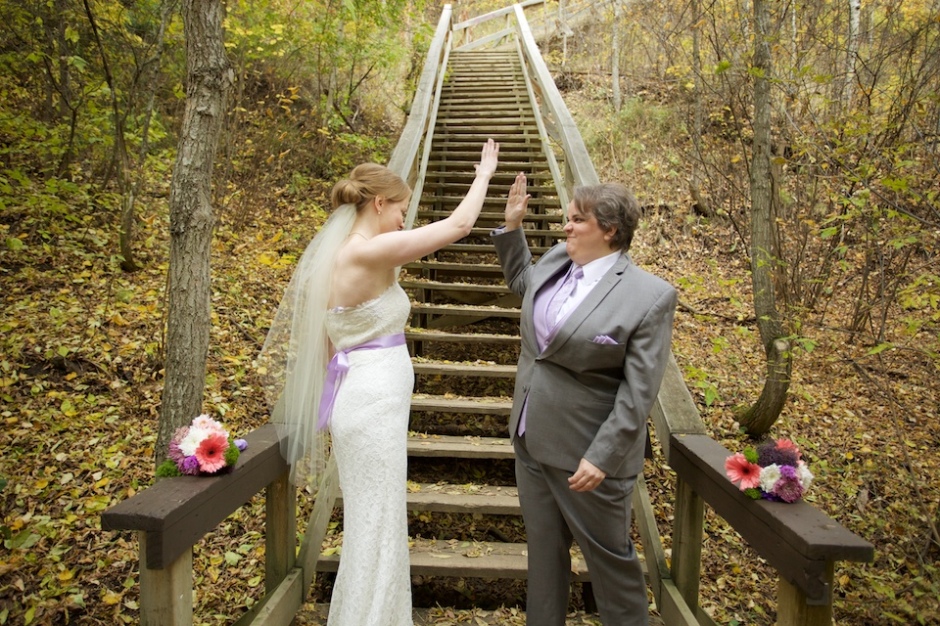 Or, Why I’ve Finally Decided to Change My Last Name

Recently I figured out, with a little effort, how to change my name on Facebook. It’s a move I don’t make lightly. My mother comes from a family of only two daughters. They both made conscious decisions to pass on the family name. My father was easy-going about it, so Mom not only kept her maiden name, but passed it on to my brother and me.

Talk of marriage has come up in relationships for me before, and it never got any further than talk. But the conversations I did have usually got around to my last name, eventually. I was always adamant that I would keep my last name. Partly to keep the name alive, partly for feminism, and partly because I thought it would be really weird to take on a new name. I balked at this expectation that I would just absorb into my husband’s family. If it wasn’t an established cultural expectation – requirement, even, for some men – then I would probably have been more open minded about it.

Like I am now, with my wife. With two women, there is no assumption about last names. There were questions, of course, but most started with the supposition that we were not changing. “So you’ll be keeping your names, or will one of you change it?” We were already bucking tradition by marrying women.I feel far more open to the idea of just about anything “traditionally” womanly or wifely when it comes to Mo, since she is my wife and not my husband. I doubt I would ever change my name for a man. I’ve also never truly considered having children for a man, but the thought comes up with my wife. Mo likes my hair long, so I’m growing it out. If a man asked me to grow my hair out, I would usually respond by shaving my head.

It’s a double-standard, but one I couldn’t help but enforce for myself. It protected me when I was in relationships with men. The expectation of femininity, and deference, and even submissiveness does not exist within my relationship with Mo. I no longer reject the feminine on principle, because there are no patriarchal strings attached.

At first, though, I feared that taking on my wife’s last name (or her taking on mine) would have us confused for blood relatives rather than a married couple. But as it turns out, that happens all the time anyway. More often than not, we are seen as mother and daughter. My wife, Mo, is usually seen as my mother, but I have also been assumed to be hers. There is only a seven year age difference between us, and we don’t look terribly similar. It’s hard for us to see where people get this assumption from.

Me taking on my wife’s last name won’t help matters, I’m sure. But it won’t make it any worse.

If we ever start a family, I think it would be best if we shared a last name. Being two women, there will be a disconnect somewhere with our future children; we can’t both be biologically related to the kids, and potentially neither of us will be. To me, what will bind us together in the eyes of the outside world will be our name. Although I love my name, I had to develop an elevator speech early on because I got a lot of questions over the years about why my parents had different last names. Why wasn’t my name the same as my father’s? Or the embarrassing moments when new friends called my father Mr. Your-Mom’s-Last-Name.

The biggest reason is just the fact that I have changed so much as a person since my wife came into my life. I look back at the person I was a few years ago, and I am overwhelmed by how much I have grown, and overcome, and accomplished – with my wife at my side. She has helped me become the person I am today, and I feel like I need something to show that I am different, and it is awesome, and it’s because of her.

I love my last name, and it’s a bittersweet decision to change it. But for me, at this point, it’s the right one.

One thought on “Mrs. Mo”